I am not a Gueuze fan, but it’s a beer I haven’t had. This one was available at the LCBO as part if their summer release, just found the time for it now. Sweet as can be, and I’ve never seen a head disappear quicker in my life! 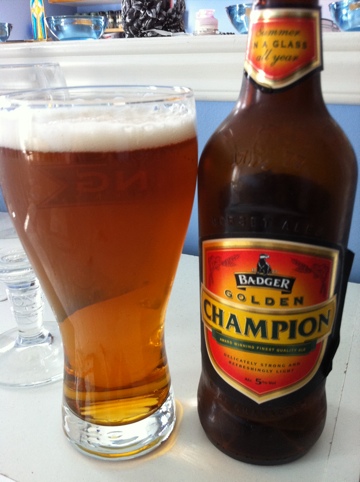 My first post from the WordPress iPhone app. Beer is average. App is great. 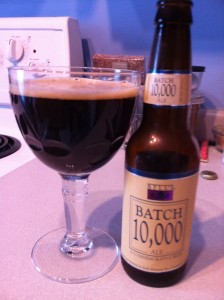 If blogs were children I’d have had my babies taken from me long ago. I enjoy being able to say I’m Canada’s longest active blogger, but that puts me in a place where I’m required to be active. Perhaps it’s time to give it one last kick while focusing on the things I’m really passionate about, rather than the nonsense that is marketing and social media. They’re great for work but the world doesn’t need another social media douchebag filling you in on their thoughts on what Google+ means for Facebook. 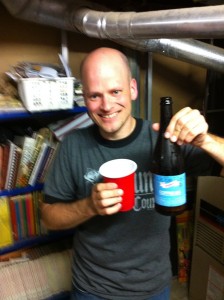 So that said, yesterday marked my 1,000th different beer tried. The quest began in the summer of 2006 when I picked up beer for my friend, Craig’s, party. I grabbed a case of Waterloo Dark because it was dark and had a pig on the label, and I was sure to give it a try. After only knowing mass-produced pale lagers this was an epiphany, and the journey began. Five years later I hoisted a bottle of Mikkeller Koppi Coffee IPA with some close friends last night to ring in the accomplishment. But, in the words of the great Chubbs Peterson: “We’ve only just begun.” Hopefully the next five years brings at least 1,000 more, and more importantly, the chance to start making my own. I’ve got some ideas and some plans and I fully intend to make them a reality. So join me, won’t you? I predict sporadic ventures into some of my other passions – God, guitar and baseball – but either way I’ll do my best to entertain. Again.

If a blog is 16 years old, how long is that in human years, anyways?